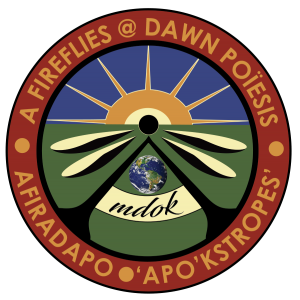 The Light Under the Door

It’s but a glistening from a crack in the Portal of the Threshold to why and how existence is as it is.

The glisten holds even as it shimmers, dwindles, and sparkles. Seems a reciprocillation choir of crescendo-decrescendo-recrescendo. I’ve called it The Hold. But the Holding is also a Held and a Releasing. Seems in many ways to be the same polarization dynamic as something/nothing—plus/minus – life/death, etc. A magnetic—gravitational attraction. And I think it is so. The Hold of the Holding-Held creates all the various forms of life and species, water and stones. Things evolve because they live what they have found holds them together: and from that holding to become the flowers, the fishes, the birds and beasts in all their wonderful variety. As we, over time, they have found what holds them together to be as they are. We have found how to consciously manage that holding and releasing. Needlesstosay, our planet Earth has been positioned in a Goldilocks hold/held around the sun. Seems all that exists – existing as it is — has found/secured its holding and releasing structure. All that goes to make a pencil a Jeep a computer – are structures that have captured what holds. This is what our factories do. This is why we as a species have evolved as we have. Like the birds and the bees —  we know how to survive in The Hold of Life and the Leaving of Death: a holding joined with release. We, however, can manage to break from the symmetry of what holds now to form new holdings. Today’s Jeep is not as the first Jeep. Alas, today’s planet climate is not its first climate. Much releasing is happening. Throughout, The Hold holds: from black holes to cremation ceremonies. And in happenstance withal is “randomness” everywhere.

The great releasing is death. It’s in the shimmering, dwindling, sparkling play of the glistening we glimpse in the crack of existence’s portal. There is that randomness at play even as it holds in place. Some sparks fly randomly released to fizzle-out in the dark – just as some randomly attract to form new holding patterns. Science continually sees this picture in the immense universe and quantum dimensions. It is everywhere and it’s everywhere random. My spark will in time be released, but randomly–accident, disease, old age, etc. (Have to add “active shooter” today.)

I write this as the new year begins. I expect in 2020 to broaden my vision and writing of this subject. Currently, in my Poetries of Spirituality context, I’m finding this to be a holding that holds true with this concept and its grouping as THE HOLD – with the Holding-the Random-the Releasing. I’ll try to be a simple as these concepts. Like the choir above. Like the holding and releasing of hands.

For now, a brief summary of what informs THE HOLD to hold as both hold&held midst all the random reciprocillations of give&take. (Scientists viewing the cataclysms in the billions of galaxies tend to use the word “chaos,” rather than “random.” Our planet’s a smaller drama and random is easier to conceive, when we see how events often happen.) In much of my writings, I use neologisms, acronyms, amalgams, and apocroaptics to look anew into how we know/sense/feel/communicate our covenant with life: just to see if any gives really new insight, poetries, and meaning to our spiritual dimension. (My Glossary when done will document most of these.) But, note well – that here I stick to the everyday words of The Hold/Held – as Holding-Random-Leaving. While this embodies a lot science and poetry and daily living side by side – its reality structure is in all facets of daily existence. The tree holds, the home holds, the car holds, the sun holds.  The womb holds. Our consciousness is a hold/held or we wouldn’t know who we are or have a memory of what we’ve been that’s present now.

This planet is so full of varieties of life. (See the Netflix documentary Our Planet to get an astounding feel of this. Every high school should be showing it.) Roses and Cardinals are red, Bluebirds and Blue Footed Boobies are Blue, etc. Dolphins and Whales sing. There are two terms, I use a lot, that are at work in these evolutions: Covenant and Kairos. Together they depict a covenantal holding/attraction of cells-molecules-ions-bacteria, atoms, etc. at just the right moment to take hold and become what this new aggregation can become.  It’s that persistent theme of mine OF THINGS COMING INTO THEMSELVES BY BELONGING (beholding-becoming) TOGETHER. Randomness seems always at play to bring the factors together – and their grasp of that moment creates a new holding pattern. One could say that as this started happening on this planet it didn’t know how to stop – and new form/holdings of multitudes began to pop-up everywhere by every possible how. The holds which held survived. And overall — a bit like Emerson’s Over Soul, Rollo May’s “the pause,” and Tillich’s “God beyond God,” —  prevails –The Hold – that pervasive covenanting of attractions that find their kairosian grasp to hold—keeping its plays in the same stadium, as it were. Seems The Hold is an all-abiding foreverness throughout existence. (Yes, I mean everywhere there’s an anywhere.) It maintains its Hold throughout all of its randomness and releasings. The magic of Meditation is its covenanting one’s own hold with The Hold in much the same sense as Buber’s “I-Thou,” which is the same. One could say of all these easy terms that they are one big nesting/nest as captured by the German term EINGESCHACHTELT, which I introduced and used so on page one of this site.

Now, to refresh our breathing on this. . . and the music of the ears, lungs, gut, and spheres. This is very touchy-feel because it’s about as deep into covenantal intimacy of one’s hold with The Hold as we can get with physiognomy and consciousness fused: thus to sense it as pervasive throughout existence by our intuited grasp of it. Ah, this Hold/Release as inhalation/exhalation and the release of music from instruments held in our hands. In The Quintetion, I discuss the five instruments of breathing for that conceptualization of breathing. The fifth was recorded there as the pause between the fourth and the first. It was also structured as the base of the pyramid to symbolize these. (Behold how the base holds the four sides.) I am now convinced that it continues as the fifth, but is pervasive throughout our breathing’s every inhale/exhale – no matter how one structures their own breathing. Every breath is a holding/release pattern. It is our music. Our breathing and existence’s Hold and Release are obviously connected . . . somehow. Such is why mystery, music, and magic manifest as that shimmering light under the door – that so far only opens in the mind. Personally, I do not see The Hold as if a personal god of traditional belief. My release will not be to its bosom as a hugging parent. But The Hold exists. I breathe with it and sing with it. But I don’t know it beyond our covenanting as a calf’s sucking of the teat of Mother Cow. But that door is moving a little thanks to the sciences. What a pasture.

Surely it must all be cyclical – which could be why we exist at all. Seems all squishes-back to squeeze forth again: hold and release with randomness and the decrescendo happening to give it all new forms and structures of being. Epiphanies! Even so – it all holds. This APE may not have explained it all too well, but, as I said, I’m on a learning curve with The Hold. What’s a poem anyway, but a holding pattern to grasp and sing The Hold we are in as if we’ve captured a true sense of it? My poem “If I Could Hold You” in GLISTENINGS is a good epiphanic grasp.